We are happy to announce our first API3 Workathon, a Community Initiative that encourages community members to team up and participate in a series of challenges. Teamwork brings the community closer together and allows participants to gain insight into what it is like working remotely with people from all over the world to build something of value. The content that arises from these team efforts, with community members contributing complimentary skills, will yield greater results in a shorter amount of time. Furthermore, complementing each other as a team removes a barrier for people who might have great ideas but are unable to execute them on their own due to a lack of skills or resources.

The API3 Workathon starts with the Opening Weeks. During these weeks, community members participate solo to qualify for the following team-based contests and to show what they’re capable of, to gain attention from other contestants for possible collaboration. The challenges of the Opening Weeks require both creativity and a broad knowledge of API3 as they close with the API3 Riddles contest - a quiz that requires participants to be up-to-date about the development state of the API3 project.

After the Opening Weeks, contestants will team up for the upcoming challenges. Only teams of two will be able to participate. To make it easier for the community to build teams, we have set up a dedicated channel on Discord (#teams). Changing teams during the API3 Workathon is not allowed, so choose team members carefully. Each contest will be announced individually to ensure that participants focus on one task at a time. Depending on the subject, the contests will be held on either Discord or in this forum topic.

The contest will run dynamically with no fixed closing date.

To enter the API3 Workathon, please complete the following tasks:

At the end of the API3 Workathon, the two best performing teams will receive a total of 1000 API3 tokens and limited edition API3 merchandise. Furthermore, exceptional accomplishments of the Opening Weeks will be rewarded independently.

To not ruin the surprise, we have blurred the preview of the rewards.

Note: This topic only serves as an announcement and will remain closed. For participation, please visit our Discord and use the dedicated channel #initiatives.

The first contest of the Opening Week is live! Complete at least one of the two tasks to qualify for the upcoming team challenges to win unique API3 prizes. Remember that these tasks require to participate solo.

Please submit your contributions in this forum topic by February 6th, 11:00pm UTC and make sure to meet the Content Criteria.

For either of the challenges, you need to understand the functionality of Beacons. Please check out the links below for more information: 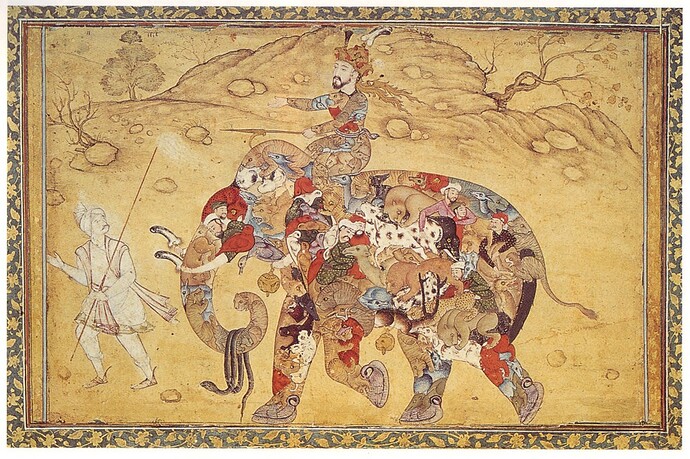 As explained in the December report, the core technical team carefully started expanding its efforts towards building products that utilize…

Create a graphic how you would visualize Beacons if it was something you could render visible.

Please consider the following keywords when designing your graphic:

Find a project that would benefit from Beacons to enable price feeds that do not exist yet. Elaborate why you picked the project and how it could utilize Beacons for this purpose.

We are happy to announce the API3 Riddles contest that will mark the start of the team-based challenges of the API3 Workathon 1.0. It will consist of a series of puzzles, with each puzzle addressing a certain subject or component of the API3 ecosystem. To solve these riddles, the participating teams require basic knowledge about the project and insight into recent updates.

On April 1st, 6:00am UTC, the first riddle will be announced on Discord (#initiatives). Afterwards, the teams have to submit their proposed solution through the dedicated Google Form within 48 hours. After the deadline is reached, the next riddle will be posted - with a total of eight puzzles making up the API3 Riddles contest.

The team that solved the most puzzles will win this contest, earning 25 out of 100 points. In case there is a tie, additional riddles will be posted until there is a clear winner. As the API3 Riddles contest is only one of four challenges of the Workathon, the other participating teams will still have a chance to compete for the remaining 75 points to potentially qualify for rewards.

At the end of the API3 Workathon 1.0, the two best-performing teams that earned the most points over the course of all four challenges will receive limited edition API3 merchandise and a total of 1000 API3 tokens.

To avoid that participants will be able to guess the right solution by multiple submissions, every team only has one attempt per riddle. Double submissions won’t be considered even if the correct solution is included. For this reason, teamwork and clear communication are required. The participating teams have to approach each riddle carefully and should only submit their proposed solution if they are certain that it’s correct. Disagreements within the teams should be settled rationally to find common ground.

Only community members who completed one of the tasks of the Opening Weeks are allowed to participate in the team-based challenges of the API3 Workathon.

The teams are as follows (listed by their Discord usernames):

The third and penultimate challenge of the API3 Workathon 1.0 is live on Discord.

Participants have to discover existing or upcoming blockchain projects that could benefit from using API3 QRNG for their specific use case.

The participating teams are as follows:

API3 and The Australian National University quantum  optics group bring truly random numbers based on quantum mechanics to smart contracts at no charge.  All you pay for is gas. 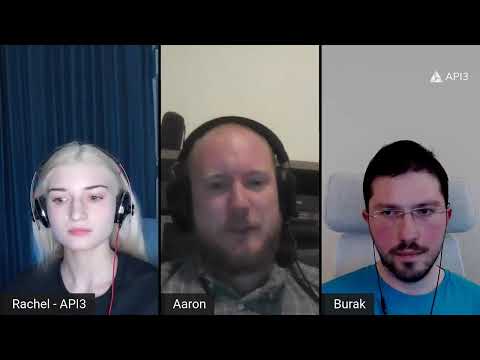