This thread is an offshoot of the thread on Exchange listings for API3 tokens. The discussions there were moving across two related but different topics - 1. Listing on new Exchanges, 2. Liquidity on current exchanges

@AP13 had a good suggestion, to separate the two and move #2 to a dedicated discussion. Therefore starting it as a thread here, and basis the community’s views we can later graduate it to a specific sentiment check.

I am pasting below my views on the need to increase liquidity (from the thread on exchange listing). The community could continue discussions this specific topic in this thread

The topic of low liquidity problem has been raised a couple of times, by @AP13 and @UgurMersin , but perhaps been overshadowed by the listing discussion. I was curious to delve a little more into it. Sharing a quick list of what I saw, details are in the later part of this reply (apologies in advance, it will become a long post because of the data). For the comparison I mainly looked at Band as it is in a similar space

There can of course be several reasons for this performance, low liquidity being one possibility.

My suggestion: We should first focus on increasing liquidity on exchanges where API3 is already available

How we fund it can also be discussed. The treasury is one option. Another one perhaps is the staked tokens. If we take the later route, only impermanent losses could be compensated, so the inflation through this route will be lower than one with open LP staking rewards.

Will be glad to hear the community’s views 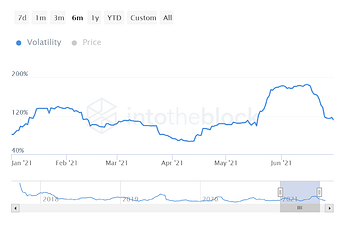 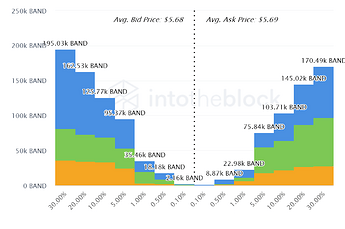 This is great @Ashish.

The benefits of increased liquidity is obvious and well laid out in the above. Also see relevant posts here. Additional liquidity is more needed than ever due to the launch of API3 staking pool, where the majority of tokens are locked up. So, even the small liquidity we had in the DEXs have dried up.

Methodology for this should be our main discussion:

In terms of feasibility and easy execution, the order is 1, 3, 2 & 4 in my view. This should not be mutually exclusive methods, we should work on all four options when the timing is appropriate based on individual merits.

But as a short term solution with minimal burden to the team and resources, i recommend we take option 1 and work with existing market makers.

Working with market makers is a good idea.

Let’s see what the community thinks and if required, can then upgrade this to a proposal. Or if the API3 team sees merit, they can take it ahead anyways.

Nice analysis so whats next?

Apologies, missed replying to your message. I did not see broad consensus around the issue, therefore did not push it ahead.