The goal of this period is to deliver a user-friendly web interface for API3 Airnodes management and maintain additional tools (RRP Explorer) which are not in the focus of the core development team.

Core development team is actively working on the airnode smart contracts, deployment utilities, while management of the airnodes is primarily done with command line interface utility, and only source code researchers have an understanding of what is being done. We consider having an interface for user-friendly multiple airnodes management would be much more beneficial to simplify involving more teams to operate API3 airnodes and will help in API3 mission promotion

In this milestone, the team is taking commitment

Airnode admin web interface will be a distribution to manage airnodes in a user-friendly manner.Preferable way would be running a local docker container, as there are security concerns in running it in the cloud for the mainnet operations. The tool is to be built on Rust and Javascript. The state of the airnode management UI will be created by reading events from EVM-compatible contracts logs

The main functionality of the tool would be

RRP explorer is a static webpage (built in Rust, compiled into Webassembly) that decodes events of airnodes interactions with any EVM-compatible networks for any smart contract of Airnode RRP. It’sgoal is to help dAPI developers using airnodes to look back in the history and debug details of airnode events during development.

airnode-rrp-log is a CLI tool with the same functionality. Can be installed with cargo.

Enormous Cloud team are independent contractors from Eastern Europe. We are not a part of the core team, but we are big believers in what API3 does and have been trying to support the project since the spring of 2021. API3 DAO Tracker, which is hosted on enormous.cloud and became a popular tool in the API3 community, is a proven track record of the team.

The management UI will be able to listen to multiple smart contracts in multiple networks at the same time. Once an added smart contract is synchronized with the blockchain, one can select any Airnode that was interacting with it. 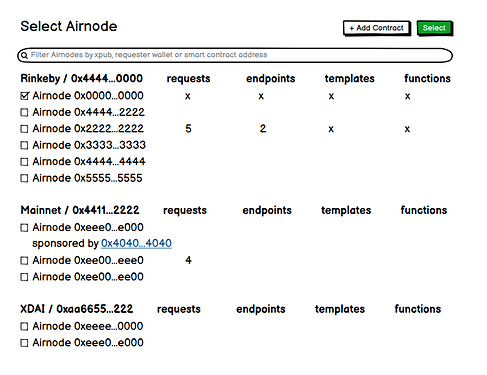 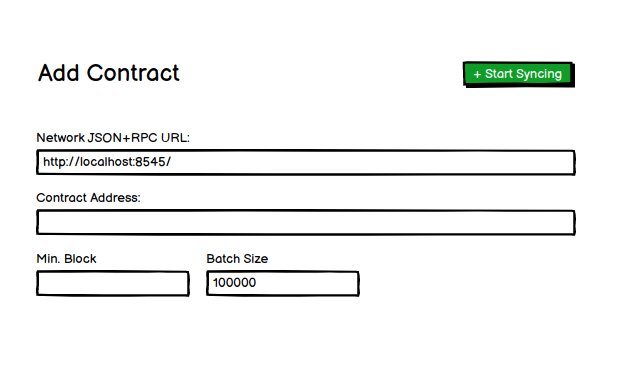 Only airnodes that are controlled by a configured wallet will be allowed to be manageable. Otherwise the airnode will be viewed as “read-only”, still giving a possibility to explore all its history in a user-friendly manner. 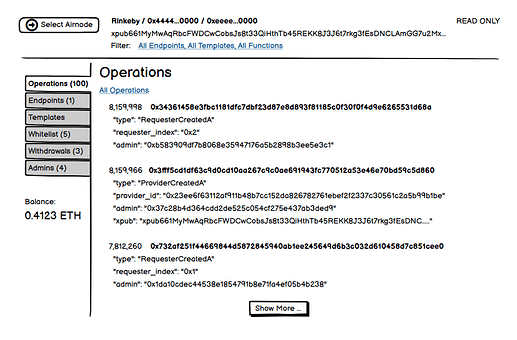 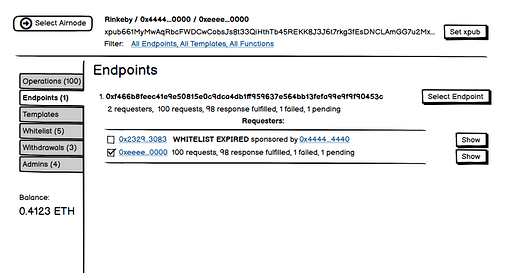 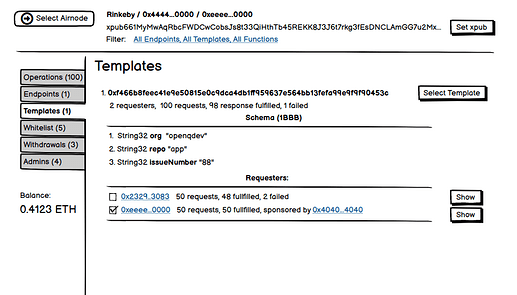 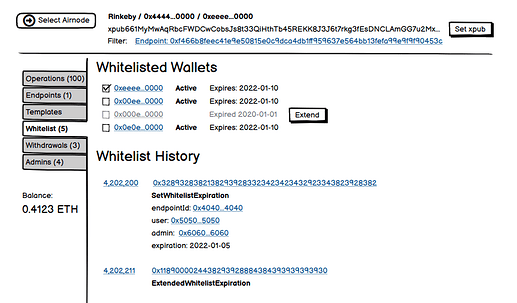 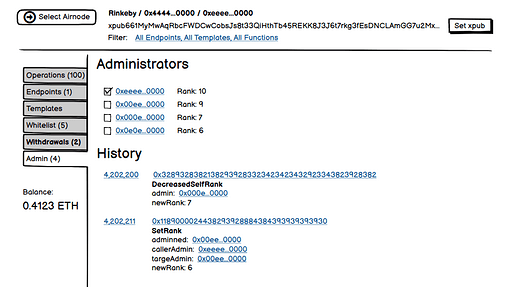 IPFS Version of the proposal

No brainer for me! Been using your dashboard almost daily since it came out and it has also been incredible to help community members with their staking questions.

This proposal has my full support and I’m looking forward to the outcome!

Note that this will be used a lot internally too (unless you want to roll your own thing). When you need to pull some data (usage on a chain, for a specific Airnode, during a hackathon, etc.) to generate KPIs and statistics for whatever you need to be doing, this will be what is available. If you need to do qualitative analysis for BD (what kind of requests do people make to a specific API) or debug an issue for an integration (by reading error messages for example), you will be using this. If you need to quickly debug what is going wrong with a dAPI, this will probably be useful.

So if you’re a grant recipient, it would be in your interest to track the development, report bugs, issues, make feature requests.

looks great looking forward to it

I would love to see this put together, definitely will have my support!

I agree with @bbenligiray as well that this will be something that should be followed by most teams internally because most of us would get a ton of use out of a tool like this.

Great! You have my support.

You have my vote sir! Good luck and godspeed.

Thanks for everyone who supported this initiative and made this milestone possible. The report on Airnodes UI beta release with links to the demo version is avalable in this forum thread:

During the last 3 months the team was busy preparing an independent Airnodes UI on-chain history explorer and manager - one more user interface which would be the alternative to future Chain API. Just like our on-chain DAO tracker was revealing all events of the DAO, this tool was supposed to show the general picture about all known Airnodes activity, reveling some visuals for DAO participants not willing to become etherscan researching experts. Airnode UI The primary goal of that tool is hav…