Should we shut down the university governance program?

I helped launch the university governance program last December. It was led by BlockVenture but they are longer involved.

Idea: Let’s create a program to select student-led University Blockchain Groups and empower them to participate in API3 Governance. Motivation: To build an academic-focused program to inspire, advance, and evangelize the API3 Airnode and API3’s oracle solution around college campuses worldwide. Our Ask: We are requesting feedback from the API3 Community. We are open to structuring this idea in a way that makes the most sense for the API3 DAO. See summary below. Summary: BlockVenture would re…

Since BlockVenture’s departure, I have stayed in loose contact with the university blockchain groups who were active in the program. But no one is actively managing it or working to grow it.

The wallet holding the API3 tokens used to vote is managed by the marketing team. As explained here, I won’t be making another proposal with me as marketing manager. I don’t think the next marketing team proposal intends to take on this responsibility.

As the person most responsible for these tokens, which are owned by the API3 DAO, I see 2 legitimate ways to go from here.

My inclination is to shut down the program and return the tokens because I don’t see a path for it to be well-managed without funding and I don’t think it will be successful without active management. But I want to open it for discussion before taking any action. What do you think? Please comment and/or use the poll below.

What should we do with the university governance program?

If an active university like Oregon were to continue what BV was doing, it can always ask for a portion of these tokens to be taken from the hot wallet and delegated by someone else to them

Ah okay, you can’t just repurpose it to another wallet
I mean then it might as well be that if the hot wallet needs more tokens it can just ask for then from primary whenever

I know both Myself (on behalf of UBA) and Aaron (for Oregon) were interested in continuing the program with a new roster of universities that have more experience and a record of active participation in other governance programs. Obviously the team didn’t get what they wanted from the program and many of the students involved didn’t uphold their commitment to actively engage, contribute, and brainstorm ideas here on the forum. The program needs work and a number of changes to get the results everyone originally hoped to get from it. I think we should shut down the program as is and explore putting together a new proposal to establish a new program managed by the students themselves and with a new group of schools.

Yes, shut it down. It’s a large amount of tokens/governance power and there’s been no meaningful activity. Returning the tokens to the primary treasury ensures a compelling proposal will be necessary to allocate that many tokens in the future.

I was skeptical of this program due to two reasons:

So I agree with ending the program. I mentioned that the proposal should include the termination procedure, but I didn’t consider it enough cause to block it. I would recommend the marketing multisig to return the tokens to the primary treasury because transferring them to the hot wallet will make them liable for what the hot wallet does with the tokens.

Also note that you can transfer the locked staking rewards or effectively burn them right away by transferring the ownership of the multisig that staked the tokens. Unstaking the entire amount and revisiting one year from now is probably good enough though.

you can transfer the locked staking rewards

I don’t know how to transfer locked staking rewards or ownership of the multisig to the treasury. Is that possible? I may have misunderstood the comment.

or effectively burn them right away

I hadn’t considered burning the locked rewards but that might make more sense. If the goal is to return as close as possible to the prior state then returning the 1M tokens to the treasury and burning the staking rewards would best achieve that. The tokens have not been at risk of slashing because there hasn’t been an active coverage policy yet.

Unstaking the entire amount and revisiting one year from now is probably good enough though.

Let’s consider this the default plan for now but we should continue to discuss the burn option as it might be more appropriate.

We currently have near consensus (9-1) in the poll and all comments have been in favor of shutting down the program. I’ll go ahead and initiate the unstake and we’ll have a week to continue discussing before any action will be taken.

(Now you can safely break the old one)

Based on the steps you (@bbenligiray) outlined, I take it you are in favor of burning the staking rewards over waiting a year and sending them to the DAO treasury, correct?

IMO burning the staking rewards makes more sense because it undoes the proposal without adding new tokens to the treasury. I’m curious what others think about this.

I’m not clear if we would need to pass a proposal to burn them or if that can be decided by discussion here. And if a proposal is required, primary or secondary? Sending the staking rewards to the treasury is implied by the original proposal discussion but burning them more accurately undoes the effect of the proposal. @Erich, thoughts on this?

I’d think burning would be more proper (though it’s debatable) since otherwise the DAO treasury would in effect receive staking rewards to itself. The primary proposal discussion also suggested staking rewards be used to grow the program, so burning them would revert the aims of the proposal instead (without needing a new proposal).

I think that any token replenishment would be good for the primary treasury, tho it’s unlikely that we’d even visibly deplete it by the time the project truly takes off

The original 1M tokens from the proposal have been returned to the treasury.

As for how we should return the staking rewards to the DAO, sentiment seems to be in favor of burning them instead of waiting a year and sending them to the treasury. We can take a little more time for discussion (~ another week) in case anyone else wants to chime in.

How should we return these staking rewards to the DAO?

It appears that everyone who is interested is in favor of burning. I’ll start the process.

The university voting wallet has some SAFE tokens in it from the airdrop. I tried to send those to the main marketing wallet before burning the university wallet but apparently the SAFE token is paused. There is an active vote to unpause it which looks like it’s going to pass. 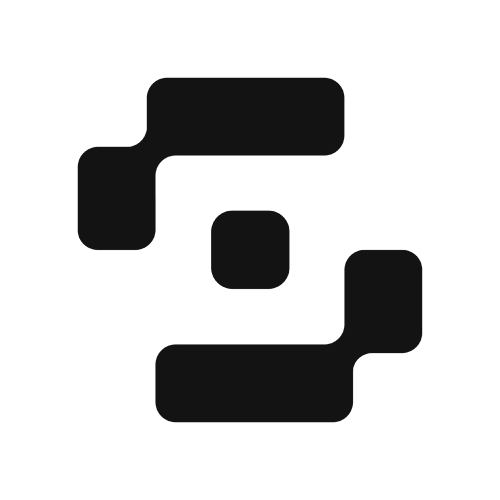 So, assuming it passes, let’s wait until we can transfer those tokens before killing the wallet.

Reading the latest on the “unpause SAFE” discussion, it doesn’t seem like it will be unpaused or resolved any time soon. In light of that, I’m inclined to go ahead and kill the wallet - burning the SAFE airdrop tokens along with the API3 staking rewards. It’s not very many (~350) SAFE tokens anyway and it shouldn’t interfere with what we’re doing. I’ll wait a few more days in case anyone wants to object and offer a better solution. If no one objects, we’ll burn the SAFE tokens too.